It is thought that St Joseph’s Primary School was already operating when the sisters came to live at East Maitland. On the 25th October 1925, the older buildings of our present Primary School were blessed and opened and the larger classroom block opened in 1957. The parish continued to grow, and in 1960, two new schools, St. Vincent’s, Eastville and Mary, Mother of the Church, Tenambit, were opened. Both these were used as Mass centres until l970. St Francis Xavier School, Morpeth was closed in 1969. In 1970 the present St Mary’s and St Vincent’s became the infant schools for the parishes of Morpeth and East Maitland and St Joseph’s became Year 3 to Year 6 Primary School.

Our parish continued to grow and change. There are no longer Sisters of Mercy living at the Convent and teaching in our parish schools. We have fewer priests, a Pastoral assistant and more lay people involved in planning and decision making. In 1979, the parish was able to build its first hall, named the Therry Centre in memory of our earliest beginnings. In 1999 the Convent building was refurbished and is currently being used for a variety of purposes by the school.

With the dawning of the new millennium a decision was made to bring our three parish schools onto one site. The new St Joseph’s Primary School commenced lessons on Monday 29 April 2002 and was officially opened and blessed by Bishop Michael Malone on 26 September 2002. During 2009 and 2010 further works funded by the Federal Government have seen refurbishment of classrooms as well as Administration areas and the playground. We remember our past as we meet the challenges of the future.

Established by the Catholic Church, the school now belongs to the Maitland Newcastle Diocese system of schools. As a school founded by the Mercy Sisters our continuing story is centred on teaching and living Mercy Values. These values all lead us to Jesus.

The values that we continue to explicitly teach are: 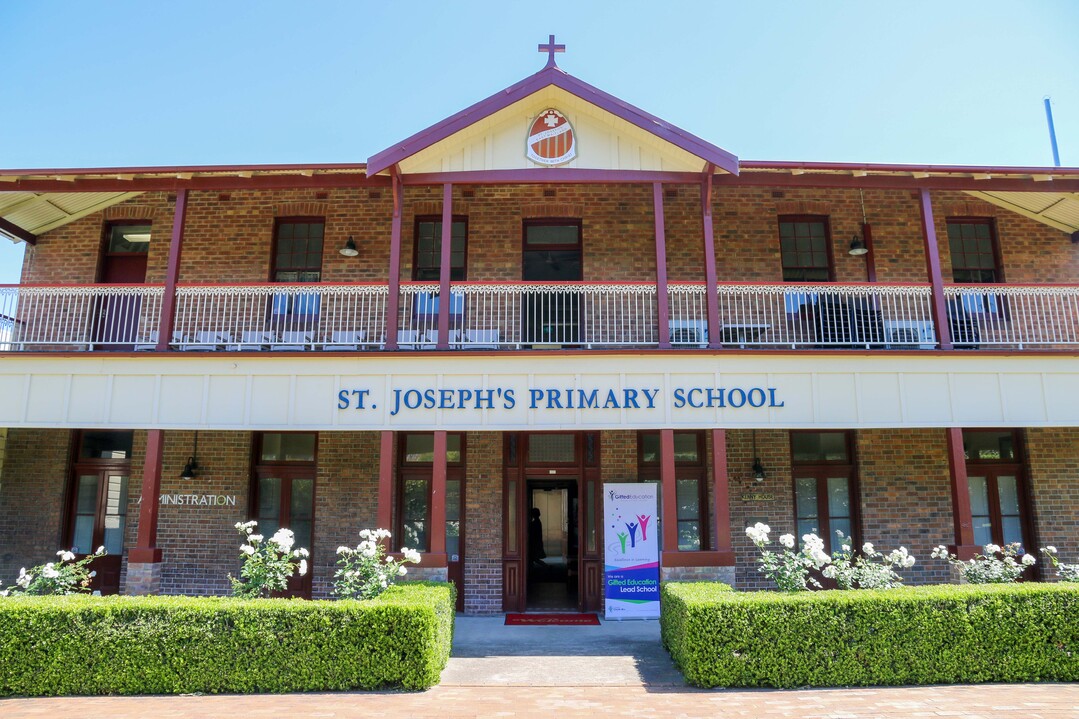